Home Finance How we got here – The UK Financial Crisis
Our website publishes news, press releases, opinion and advertorials on various financial organizations, products and services which are commissioned from various Companies, Organizations, PR agencies, Bloggers etc. These commissioned articles are commercial in nature. This is not to be considered as financial advice and should be considered only for information purposes. It does not reflect the views or opinion of our website and is not to be considered an endorsement or a recommendation. We cannot guarantee the accuracy or applicability of any information provided with respect to your individual or personal circumstances. Please seek Professional advice from a qualified professional before making any financial decisions. We link to various third-party websites, affiliate sales networks, and to our advertising partners websites. When you view or click on certain links available on our articles, our partners may compensate us for displaying the content to you or make a purchase or fill a form. This will not incur any additional charges to you. To make things simpler for you to identity or distinguish advertised or sponsored articles or links, you may consider all articles or links hosted on our site as a commercial article placement. We will not be responsible for any loss you may suffer as a result of any omission or inaccuracy on the website.
Finance

How we got here – The UK Financial Crisis 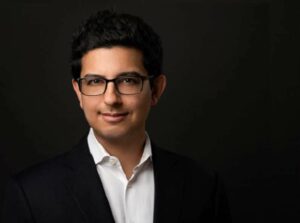 The lasting effects of the COVID-19 pandemic coupled with Russia’s invasion in Ukraine has created a period of painful inflation in UK, with the economic crisis made worse by a volatile political climate. In October, Rishi Sunak was appointed as prime minister (PM), replacing the short, disastrous administration of Liz Truss. Prime Minister Sunak now faces the unenviable task of navigating a probable recession while slowing inflation that’s expected crest near 11%.

As winter approaches and energy prices remain unaffordable for many, it’s important to look back on this difficult stretch in the UK and see how we got here.

Lizz Truss and the Mini-Budget

Back in July, Boris Johnson resigned as PM after he lost the confidence of the Conservative Party through self-inflicted scandals. Two candidates emerged as favorites to become the next PM. Liz Truss wished to move quickly and decisively to spur economy growth through immediate tax cuts. Meanwhile, her opponent, former finance minister Rishi Sunak, believed that tax cuts would increase inflation in the short term, increasing the cost-of-living crisis. Liz Truss went on to win the Conservative Party member vote and took power on September 6.

As promised, Liz Truss acted quickly, too quickly in fact. Just weeks after taking power, her new administration’s first major policy decision rattled investors and created a crisis in the gilt market. Deemed the “mini-budget,” the policy scheme announced by Chancellor Kwasi Kwarteng included meaningful interventions to address energy prices, at a cost of 60 billion pounds. It also included Liz Truss’s promised tax cuts, which sought to reduce taxes for high earners while cutting planned corporate windfall taxes. The cost of the mini-budget was steep, and the plan was to be funded through a significant increase in government borrowing.

The chancellor’s announcement had an immediate reaction on the markets. Prices for UK gilts (government-issued bonds similar to US Treasuries) dropped as investors sold off the bonds, sending yields soaring. The sterling weakened against the US dollar, and the Bank of England (BoE) was forced to stop a planned gilt sale as illiquidity in the gilt market threatened larger economic contagion.

While Liz Truss had committed to work quickly, the new policies were rolled out with undue haste and unfortunate timing, indicating a lack of preparedness and due diligence. The day before the new policies were announced, the BoE raised the Bank Rate, a move intended to tamp down demand and a signal that its priority remained the ongoing fight against inflation. BoE had been continually raising rates since December 2021, and the rate hiking cycle contrasted with the mini-budget’s tax-cutting strategy. As it decided upon the latest rate hike, the BoE also announced the commencement of the sale of UK government bonds from its balance sheet, increasing gilt supply.

The UK gilt market is thinner and less liquid than the US Treasury market, with less buyers to support demand changes. With a lack of buyers to absorb the increase in anticipated government borrowing, gilt prices dropped, and yields spiked. Meanwhile, UK pension schemes that leveraged off the low-risk gilt investments were forced to sell gilts as margin calls came in. The flight to safety drove up cash holdings, fueling a drastic decline in the Sterling. The BoE was forced to act to stabilize the gilt market, delaying its planned gilt sales and implementing an emergency bond buying program.

Underscoring the lack of due diligence conducted by Liz Truss’s administration, the government failed to provide independent growth and borrowing forecasts from the Office for Budget Responsibility, which normally accompanies large fiscal policies. The lack of the forecast increased uncertainty and further hurt the administration’s fiscal credibility.

The Political Fallout and What’s Ahead

The mini-budget ultimately doomed Liz Truss’s government. Chancellor Kwasi Kwarteng was the first official to resign and was replaced by Jeremy Hunt, who reversed many of the policies announced in the mini-budget. After several other administration departures, Liz Truss stepped aside, and Rishi Sunak became the new PM.

BoE’s emergency moves and the change in administration helped boost confidence in the debt markets. Yields in gilts have declined from their peak. The BoE subsequently resumed the rate hiking cycle, announcing a 75-basis point increase that brought Bank Rate up to 3.0%. Meanwhile, the BoE has cautiously resumed its planned gilt sales, acknowledging that certain areas of the bond market remain febrile. The latest rate hike is not expected to quell inflation on its own. Several other increases have been priced into the market, and the BoE forecasts that inflation will persist well into 2023 before declining.

With a likely recession on the horizon, inflation and its underlying macroeconomic problems will not be easy for new PM Rishi Sunak to overcome. The UK faces headwinds as the cost of its energy imports continue to be impacted by the war in Ukraine. High borrowing costs and high inflation have worsened the cost-of-living crisis among UK households, while the fallout of the mini-budget has led to a tenuous mandate for Sunak’s administration to decrease government spending, leading to unpopular rollbacks of social supports. And though unemployment remains low, the lack of labor has only fueled further inflation in the short term, while the BoE expects a recession to increase unemployment over the next year. Amid these challenges, Sunak’s government must outline a path for growth with dubious pollical support, while BoE needs to reestablish credibility in its independence and ensure its inflation-fighting efforts work without creating a larger-than-necessary contraction.

What data can, and should, small businesses collect about their customers?

Over a quarter of consumers want a more...