Home Investment How will the ECB contain fragmentation risk in euro area bond markets?
Our website publishes news, press releases, opinion and advertorials on various financial organizations, products and services which are commissioned from various Companies, Organizations, PR agencies, Bloggers etc. These commissioned articles are commercial in nature. This is not to be considered as financial advice and should be considered only for information purposes. It does not reflect the views or opinion of our website and is not to be considered an endorsement or a recommendation. We cannot guarantee the accuracy or applicability of any information provided with respect to your individual or personal circumstances. Please seek Professional advice from a qualified professional before making any financial decisions. We link to various third-party websites, affiliate sales networks, and to our advertising partners websites. When you view or click on certain links available on our articles, our partners may compensate us for displaying the content to you or make a purchase or fill a form. This will not incur any additional charges to you. To make things simpler for you to identity or distinguish advertised or sponsored articles or links, you may consider all articles or links hosted on our site as a commercial article placement. We will not be responsible for any loss you may suffer as a result of any omission or inaccuracy on the website.
Investment

How will the ECB contain fragmentation risk in euro area bond markets?

LONDON (Reuters) – As the European Central Bank rushes to exit stimulus and raise interest rates to tame inflation, bond markets are testing its ability and willingness to act against the strains that are starting to hit weaker countries in the bloc.

The premia investors demand to hold bonds from Italy, Spain and Portugal relative to safer German debt — spreads in market parlance — have risen to the highest since 2020.

So far the ECB says it sees no need for new tools to help these weaker, highly indebted economies cope with higher interest rates. But the spread widening has left investors wondering when the ECB might step in to contain so-called fragmentation risks and what it could do.

“There is no easy fix,” said Frederik Ducrozet, head of macroeconomic research at Pictet Wealth Management. “We are here today because of the lack of decision in the past six months.”

Here are some options for the ECB:

With inflation at record highs, this appears to be the current stance.

The 10-year Italian/German yield spread is at 250 bps, which markets previously viewed as an ECB pain threshold.

But sources told Reuters after last Thursday’s ECB meeting that policymakers did not think current conditions amounted to “fragmentation” and there was no debate around a new programme.

“The very fact that the topic was not even approached in any shape or form just told the market that the pain threshold is a lot further away than what we thought previously,” UBS strategist Rohan Khanna said.

Graphic: What is the ECB’s pain threshold on the Italy/German bond spread? – https://fingfx.thomsonreuters.com/gfx/mkt/znpnegdlqvl/IT1406.PNG 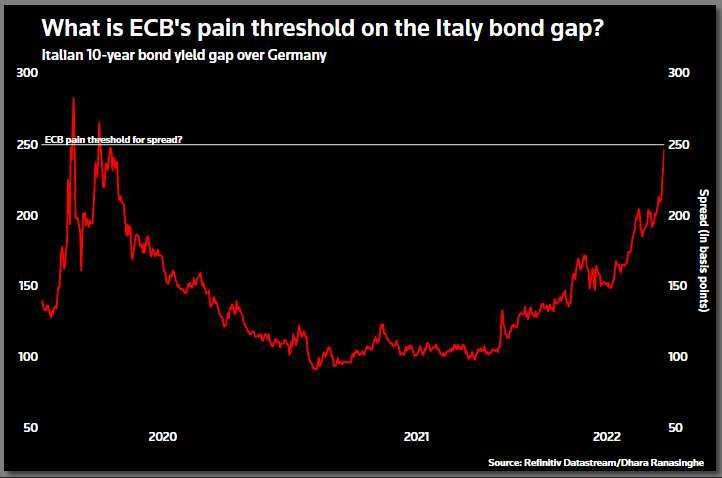 The only tool the ECB has laid out so far is channelling reinvestments from maturing bonds bought for pandemic-era stimulus back into the markets experiencing stress.

But as spreads widened in April and May it did not gear reinvestments towards southern European debt.

Societe Generale estimates that over the coming year, the ECB will receive 300 billion euros ($314 bln) from redemptions from its emergency PEPP scheme. But it does not see that as containing spread-widening.

Even if the ECB reinvests the entire flow from German and French bonds into Italy — around 12 billion euros per month — that will be less than the ECB’s net purchases in Italy of almost 14 billion euros monthly since March 2020, SocGen added. 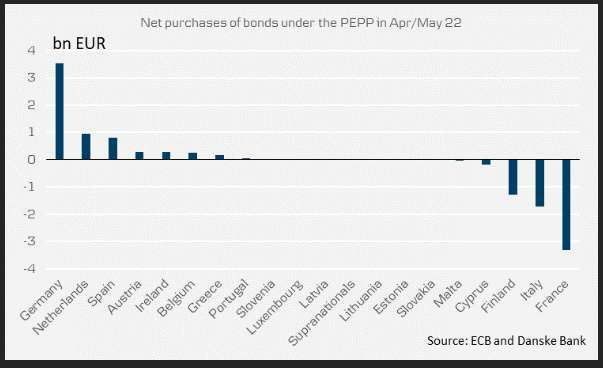 The ECB does have other tools at hand, including the Outright Monetary Transactions (OMT) scheme, an unused crisis-time tool allowing for unlimited purchases of a country’s debt.

But economists doubt it will be deployed as it requires countries to sign up for a European Union bailout which usually contains unpopular conditions.

Others say the Securities Markets Programme (SMP) is more likely to be revived. This facility would enable the ECB to buy bonds without adding to stimulus already sloshing around the system.

If rapid spread widening raises financial stability risks for the bloc, the ECB could just resume asset purchases. But given it has just ended bond-buying, that move seems unlikely.

Note, however, that on March 18, when the COVID-19 outbreak sent Italian/German bond spreads briefly above 300 bps, the Bank of Italy stepped up bond purchases on behalf of the ECB.

“The obvious one would be (restarting) APP (Asset Purchase Programme) but it’s difficult to do when you are hiking rates,” said State Street’s head of EMEA macro strategy Timothy Graf. 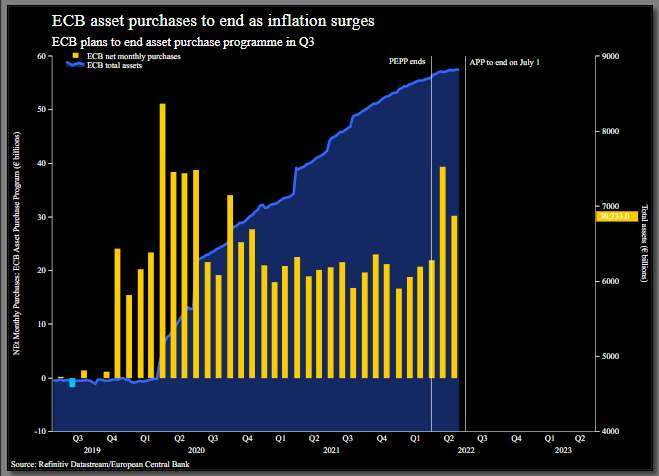 Perhaps that’s why talk of a new tool has gained ground, something allowing the ECB to target bond-buying specifically at weaker states, deviating from the usual principle of purchasing assets relative to the size of an economy.

However, such flexibility or deviating from the so-called “capital key” could prove a sticking point, especially from Germany’s constitutional court.

The ECB “knows that whatever they come up with, they might end up in the German constitutional court,” said Andrew Mulliner, head of global aggregate strategies at Janus Henderson. 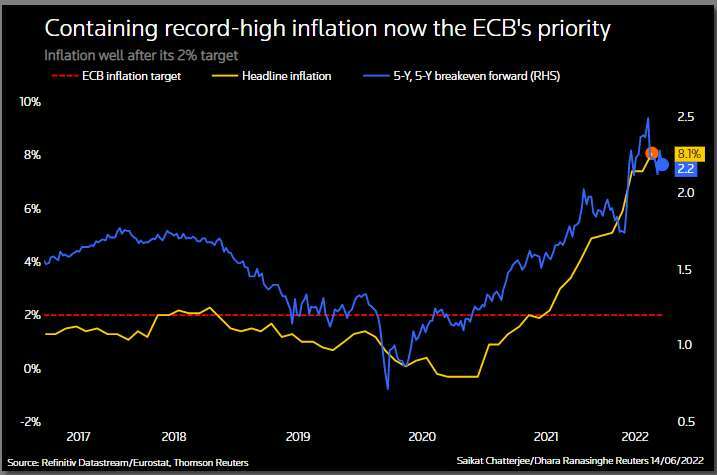 Five reasons why gold should be part of...

Firstsource investment announced ahead of business forum at...