Home Business The Great Acceptance: Onboarding has never been more crucial as The Great Resignation accelerates career change
Our website publishes news, press releases, opinion and advertorials on various financial organizations, products and services which are commissioned from various Companies, Organizations, PR agencies, Bloggers etc. These commissioned articles are commercial in nature. This is not to be considered as financial advice and should be considered only for information purposes. It does not reflect the views or opinion of our website and is not to be considered an endorsement or a recommendation. We cannot guarantee the accuracy or applicability of any information provided with respect to your individual or personal circumstances. Please seek Professional advice from a qualified professional before making any financial decisions. We link to various third-party websites, affiliate sales networks, and to our advertising partners websites. When you view or click on certain links available on our articles, our partners may compensate us for displaying the content to you or make a purchase or fill a form. This will not incur any additional charges to you. To make things simpler for you to identity or distinguish advertised or sponsored articles or links, you may consider all articles or links hosted on our site as a commercial article placement. We will not be responsible for any loss you may suffer as a result of any omission or inaccuracy on the website.
Business

The Great Acceptance: Onboarding has never been more crucial as The Great Resignation accelerates career change

By Simon Blunn, SVP and General Manager EMEA at WalkMe 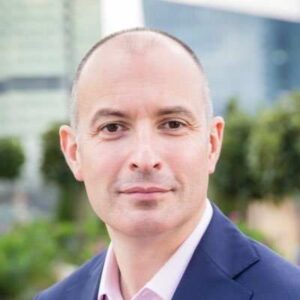 Over the past year, if you have not directly lost colleagues as part of ‘The Great Resignation’, it’s likely you’ve seen contacts posting about quitting their jobs on LinkedIn. This trend has snowballed in the UK: alongside people quitting to take early retirement or become their own boss, almost three quarters of a million UK workers chose to change jobs in Q2 2021.

High employee turnover is costly to organisations, seriously disrupting growth and development. But exactly what is driving increasing numbers of people to change careers? A number of theories have been suggested, from the fact that people are seeking opportunities to work from home in the longer-term, to wanting to escape  ‘digital exhaustion’, or cultural needs being ignored. Whatever the motivation behind these career moves, the trend looks set to continue, with almost a quarter of UK workers planning to move jobs in the coming months, so businesses will continue to feel the impact.

The Great Acceptance: All aboard!

It’s important businesses don’t lose sight of the fact that along with workers heading to the exit, they will have people travelling in the other direction, new hires joining in their place. They have likely invested time and money identifying, attracting and assessing these new hires, but it’s important to remember that the job is not done when the contract is signed: these people need to be given a great onboarding experience that will empower them to do their jobs to the best of their abilities.. You simply cannot overlook onboarding, as it plays a crucial role in helping people adjust to social and performance aspects of their jobs, so they can quickly become productive, contributing members of the organisation who are committed to the cause.

Failing to prepare for employee onboarding is preparing for new hires to fail. At the very least, a lack of onboarding will make them frustrated and stressed, but it could also leave them disengaged, prone to errors, and ultimately, more likely to quit. If employees leave, it means more time and money will have to be spent recruiting replacements, not to mention the time and resources wasted on hiring and training the initial hire. The Society for Human Resource Management (SHRM) says the cost of this can equate to 50-60% of their annual salary, a real burden to businesses at a time when they may be short staffed – UK job vacancies are at a record 1.1 million high.

By taking a deliberate, formal approach to onboarding, businesses can boost performance and motivate employees. The benefits are huge: SHRM says organisations find effective onboarding improves retention, time to productivity and customer satisfaction. However, if they’ve never approached onboarding in this way before, businesses will be wary of wasting time or missing key elements.

A key point is to ensure they give software and applications a full and proper introduction from the start, or they will be answering questions about why they’re not working in the way an employee assumed – or worse accepting subpar performance as employees don’t properly engage with the technology resources provided to themIt’s crucial to lay the groundwork before new employees arrive, or they could instantly form a negative impression of the company. It’s the same story when rolling out new tools: there’s a risk they won’t be used in the right way – or at all – if not explained properly.

Businesses must also make it crystal clear exactly what new employees are supposed to be doing. Expectations may seem obvious to the organisation, but new starters might have approached things differently in their previous role. Key details, such as exactly what type of work and goals are  expected, and in what time frame, should be made obvious.

A dearth of digital direction?

Some organisations have been using the same onboarding process for years – or even decades. Office procedures and induction sessions remain important, but with digital tools playing an increasingly central role in the average working day, they must be front-and-centre of the onboarding process. Especially considering the increasing amount of entirely remote onboarding we’re seeing today. Digital onboarding is make-or-break: as research shows, more than three quarters of workers have been given technology, tools or applications without knowing what benefit they will bring, or how to use them, and many of them are willing to quit over poor use of technology.

There will never be an end to new applications and the numbers seem to be growing, so it would be easy for a new recruit to feel overwhelmed by the volume of systems, all with their own corresponding induction process and help tools. As such, they must have effective software training from the start, or will quickly grow  frustrated and miss the opportunity to harness these technology tools for their benefit. Digital adoption platforms can prepare employees for a wide variety of enterprise software, as well as roll out new applications to existing employees. In addition to directly helping workers achieve their goals and gain job satisfaction, this also ensures businesses get the best ROI from their technology investments, driving uptake and making sure software and applications are put to their intended use.

Technology constantly evolves: each new software update could include a change that employees need to understand, so onboarding must become an ongoing process rather than a box to tick in your first few weeks.

It will always be the case that new hires have a lot to get their heads around, but it’s also important to foster a culture of continual development and learning. Almost all (94%) employees would stay at a company longer if it invested in career development, and knowing how to use the latest tools could prove as useful for somebody as a management training course or shadowing a colleague.

Creating an employee onboarding programme takes careful planning, budgeting, coordination and attention, but is worth the effort. It will allow organisations to guarantee a ‘Great Acceptance’ for new employees, lowering the risk of people leaving and instead encouraging them to remain as successful members of the team for many years to come.

How active investors should profit in 2022

Is 2022 the right time for a business to start up as a company?

Why Creating Culture Of Belonging Is Vital As...

Compound Interest; Is the future of Semiconductors in...

Why entrepreneurs should embrace failure

The Precautions for French Restaurants to Take Going...