Home News The Ultimate Start-Up Stress-Test? Launching in the US & The UK
News

The Ultimate Start-Up Stress-Test? Launching in the US & The UK 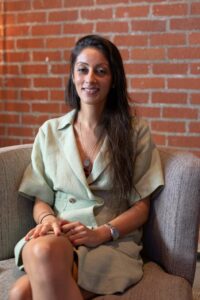 By: Ishveen Jolly, the female founder of OpenSponsorship?

“I was born in Carlisle, but I was made in the Royal Navy.” This is the final line from a famous UK advertising campaign from the Royal Navy. Throughout the campaign we hear several young Brits telling the story of the opportunities the Navy gave them.

And it got me thinking.

I was born in Sheffield and raised in Manchester, but my business was made in New York. And where the Royal Navy gave those young Brits the opportunity to grow – the big apple did the same for my business.

When I launched OpenSponsorship I was a young, female founder from an ethnic minority background. I was fortunate enough to receive a wonderful education, but I entered the working world in a hugely male-dominated industry – sports. As an agent, I saw the variety the industry offers, the talent within it and ultimately the opportunity to launch something new that would improve it. As is the case for many new businesses borne from within an existing industry, the new opportunity I saw needed to be facilitated by technology. And so, as all the ingredients for what we wanted to build became clear, my Co-founder and I got to work. We built the OpenSponsorship platform, and we launched it. In New York.

Because at that time, when we needed to go on the hunt for investment, as two individuals each from ethnic minority backgrounds, the financial environment in the USA was more welcoming. That is a simple and perhaps brutal truth. That, and the fact that the sports sponsorship industry, where our business operates, was at the time we launched in 2015, considerably more evolved than the UK.

There are some real differences between the investment environment for start-ups in the US vs the UK. In a large part the main difference is that of mentality. Particularly at the angel end of the investment sphere. In the US, there is a real buzz and excitement amongst angels to invest in start-ups. It’s part of the culture to discuss the exciting young businesses you’re involved with. The conversation doesn’t focus on the finance so much as it does about the founder, the business model, the product, the technology. And this made the whole process far more engaging and exciting than it did in the UK.

So, as a UK-born founder, meeting US investors takes you somewhat out of your comfort zone. You have to ride the wave of enthusiasm, you have to ‘join in’, you have to listen, to take on feedback, to embrace the pressure and expectation to perform. There is the enthusiasm there yes, but with that energy comes less patience. It is fast. The highs are high very quickly, the lows come just as fast. There are other entrepreneurs chomping at the bit next to you, it’s friendly and supportive, but there is no time for too much sentiment when the next ‘big thing’ arrives. You have to make sure you’re always that ‘big thing’.

The UK is different but just as powerful a market. I truly believe that if you can secure investment in the UK, then you will be taken seriously by the rest of the world. The ‘guilty before your innocent’ comment is not a criticism. You absolutely must prove yourself and your business before you can move forward. It is stringent, it is thorough, it is brutal. There are those that look at the UK market and shame it for being too slow, for not fostering as supportive ecosystem as you get in the US, but I disagree. In the UK, the ecosystem stops you from failing too big. It is protective of founders; it makes sure you are ready.

So perhaps my real strapline should be “I was born in Sheffield, raised in Manchester and my business was built in New York, but it was held to account in the UK.” The two together are the perfect stress-test to building a business.

How a cheap component could help kill off combustion cars

Employees become chameleons to fit in with strong...

Open University to focus on societal challenges that...

Why do companies need a trained menopause coach?

How the Metaverse Could Impact Employee Mental Health

Many small law firms are thinking big when...

May 18, 2022
Editorial & Advertiser disclosure
Our website provides you with information, news, press releases, Opinion and advertorials on various financial products and services. This is not to be considered as financial advice and should be considered only for information purposes. We cannot guarantee the accuracy or applicability of any information provided with respect to your individual or personal circumstances. Please seek Professional advice from a qualified professional before making any financial decisions. We link to various third party websites, affiliate sales networks, and may link to our advertising partners websites. Though we are tied up with various advertising and affiliate networks, this does not affect our analysis or opinion. When you view or click on certain links available on our articles, our partners may compensate us for displaying the content to you, or make a purchase or fill a form. This will not incur any additional charges to you. To make things simpler for you to identity or distinguish sponsored articles or links, you may consider all articles or links hosted on our site as a partner endorsed link.