Our website publishes news, press releases, opinion and advertorials on various financial organizations, products and services which are commissioned from various Companies, Organizations, PR agencies, Bloggers etc. These commissioned articles are commercial in nature. This is not to be considered as financial advice and should be considered only for information purposes. It does not reflect the views or opinion of our website and is not to be considered an endorsement or a recommendation. We cannot guarantee the accuracy or applicability of any information provided with respect to your individual or personal circumstances. Please seek Professional advice from a qualified professional before making any financial decisions. We link to various third-party websites, affiliate sales networks, and to our advertising partners websites. When you view or click on certain links available on our articles, our partners may compensate us for displaying the content to you or make a purchase or fill a form. This will not incur any additional charges to you. To make things simpler for you to identity or distinguish advertised or sponsored articles or links, you may consider all articles or links hosted on our site as a commercial article placement. We will not be responsible for any loss you may suffer as a result of any omission or inaccuracy on the website.
Home Business Video is not a box ticking exercise – it’s an entire marketing strategy in itself
Business 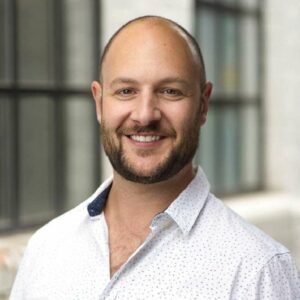 By George Hughes, Author of “Resonance: Unleash your brand’s potential with video”, Founder and Creative Director of Small Films

In days gone by, video production was often viewed by many businesses as a mere add-on to their marketing efforts – something that was nice to have but not exactly essential.

However, the marketing landscape has changed dramatically in recent times, and companies can no longer rely on the same strategies that they did twenty, ten, or even a few years ago. This is because mediums like video have exploded in popularity recently, thanks to the ubiquity of social media. With the global average for video consumption now standing at 84 minutes per day, according to research by Publicis Media’s Zenith unit, it is clear that video has become a large part of everyday life for many people.

And it is not difficult to see why video is so popular among consumers. Not only is it much easier to digest than traditional, text-based marketing content, but it also has the potential to be hugely entertaining and engaging, and is readily accessible to anyone who has internet access, both to watch and to produce.

Video is not simply keeping users entertained throughout the day though – it is also producing strong results for digital marketers. In its 2022 State of Video Marketing Survey, Wyzowl found that 92% of companies who use video feel that it is an important part of their marketing strategy, with a further 87% reporting that it had provided them with a positive return on investment [RoI].

Given the popularity and benefits of video marketing, businesses can no longer afford to see video as a mere box ticking exercise, and must instead recognise it for what is has become – an entire marketing strategy in itself.

Cowboys are giving the industry a bad name

With video becoming increasingly important to companies’ marketing efforts, the industry has grown dramatically in response. The problem, however, is that the sector is becoming something of a Wild West as a result, with cowboys setting up shop left, right and centre.

While they may be cheap, these disruptors often lack the experience or expertise needed to produce the high-quality video content that businesses want and need, meaning brands are likely to end up paying a heavy price for choosing to cut corners in this way. What’s more, with many cowboy traders operating a skeleton crew of only one or two people, there is often no backup in place if someone is ill or away. This means that projects can easily get delayed, and businesses are unable to achieve their campaign goals as a result.

The lack of industry regulation is enabling every Tom, Dick, and Harry to get in on the action, which is making it considerably harder for clients to navigate the sector and separate the serious players from the pretenders. This is undoubtedly a negative thing for the industry as a whole, and gives those organisations who genuinely have the best interest of their clients a bad name.

A gold standard is needed

At a time when video is a more vital part of effective marketing than it has ever been, a new gold standard for video production is needed. With so many cowboys having entered the market, client expectations have become diluted, and the bar for quality content has been lowered significantly.

If the sector is to redeem its reputation, there must be greater regulation and transparency around fees to ensure that clients are not hoodwinked by two-bit outfits who are unable to produce the goods, but are perfectly happy to take the money and run.

With video marketing having become an entity that stands on its own, and should be considered as such, companies can no longer rely on accepting second best for their video content, or seeing it as a mere add on to the rest of their marketing efforts. As the race for consumers’ attention when it comes to video content increasingly heats up, those businesses who work with the most experienced and knowledge video production agencies will likely find themselves ahead of the competition as a result.

Five actions every SME should take in 2023

Why entrepreneurs will thrive in a challenging year

The Best Piece of Advice for Small Business...

A Glimpse into the Day of a Small...

What you need to know about raising funds...

10 Leadership Trends You Are Likely To See...