Home Finance Run a theatre production company? You could be due a tax rebate
Our website publishes news, press releases, opinion and advertorials on various financial organizations, products and services which are commissioned from various Companies, Organizations, PR agencies, Bloggers etc. These commissioned articles are commercial in nature. This is not to be considered as financial advice and should be considered only for information purposes. It does not reflect the views or opinion of our website and is not to be considered an endorsement or a recommendation. We cannot guarantee the accuracy or applicability of any information provided with respect to your individual or personal circumstances. Please seek Professional advice from a qualified professional before making any financial decisions. We link to various third-party websites, affiliate sales networks, and to our advertising partners websites. When you view or click on certain links available on our articles, our partners may compensate us for displaying the content to you or make a purchase or fill a form. This will not incur any additional charges to you. To make things simpler for you to identity or distinguish advertised or sponsored articles or links, you may consider all articles or links hosted on our site as a commercial article placement. We will not be responsible for any loss you may suffer as a result of any omission or inaccuracy on the website.
Finance

Run a theatre production company? You could be due a tax rebate 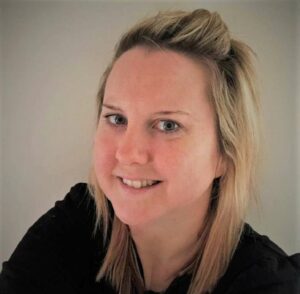 By Emma Lewis, from Myriad Associates

The UK has a proud theatrical heritage having produced some of the most impressive, world-renowned creative material ever seen. It’s also home to more than 1,100 active theatres scattered all over the country. From modern chrome and glass numbers to classic theatres of old, there’s a huge range of impressive offerings scattered across all four corners.

Some of the best-known theatres in the UK include the country’s largest, the London Palladium, with a seating capacity of 2,286. There’s also the Royal Exchange Theatre in Manchester, the Royal Shakespeare Theatre in Stratford-upon-Avon, and the Festival Theatre in Edinburgh to name just a few.

Launched back in 2014, theatre tax relief (TTR) is a government tax incentive aimed at supporting theatrical production companies. It’s a generous financial leg-up that helps companies with the production costs of dramatic productions, ballets and other live performances.

It’s important that theatrical production companies understand the benefits of TTR, particularly in these tough economic times. No matter where in the UK the theatre production company is based, it’s the ideal way to reduce pre-production costs, providing the eligibility criteria is met.

Who can claim theatre tax relief?

A company can claim TTR if it is putting on an eligible theatre production, such as an opera, ballet, musical or play. The performance must be live, with the performers playing specific roles. Where there is more than one performance, a high proportion of them must be to paying members of the general public or be for educational purposes.

One other key point to note is around expenditure. That is to say, a minimum of 25% of core expenditure must be on goods or services that come from within the European Economic Area (EEA). Core expenditure is essentially money that spent on bringing the production to fruition.

Your company must also have:

How much is theatre tax relief worth?

Eligible production companies can claim an additional deduction that will reduce their profits or increase their losses. The net effect is a corresponding reduction in the Corporation Tax the company is expected to pay.

If the company has made a loss, either all or some of that loss is able to be surrendered for a payable tax credit.

The standard rate of 20% is applied for a surrendered loss. If your production is touring, you can actually surrender your loss at the higher rate of 25%.

Your production will be classed as touring if one or both of the following apply:

The additional deduction will be either 80% of total core expenditure, or the amount of core expenditure on goods or services that come from within the European Economic Area (whichever is lower).

How to claim theatre tax relief (and when)

Theatre tax relief can be claimed when you complete your Company Tax Return. You will be expected to calculate how much additional deduction your company is due, as well as any payable credit. On top of this, you should be able to provide:

If your claim relates to a touring production and you’re therefore pursuing the 25% rate of relief, you will also need to give details of touring dates and how many performances at each premises.

Remember, you can make, withdraw or amend a TTR claim up to one year following your company’s filing date.

As you can probably see, claiming TTR can be a long-winded process. Not only is it often a rather time-consuming exercise but there’s a high potential for costly errors too.

It’s for this reason that many theatre production companies use the services of an experienced TTR claims consultancy. There are quite a few around so do your homework; but any that are worth their salt will only charge a fee on success, so reducing financial risk. They’ll also build your claim for you, identifying all eligible expenses so none are missed out. And let’s face it, at the moment every penny counts.

Thinking Like an Entrepreneur: How I Grew My Law Firm Business

Over a quarter of consumers want a more...